Organized at the Institut Pierre-Gilles de Gennes and also retransmitted by videoconference on October 20th, the annual symposium of the DIM ELICIT brought together around one hundred participants, about half of which followed the event remotely. 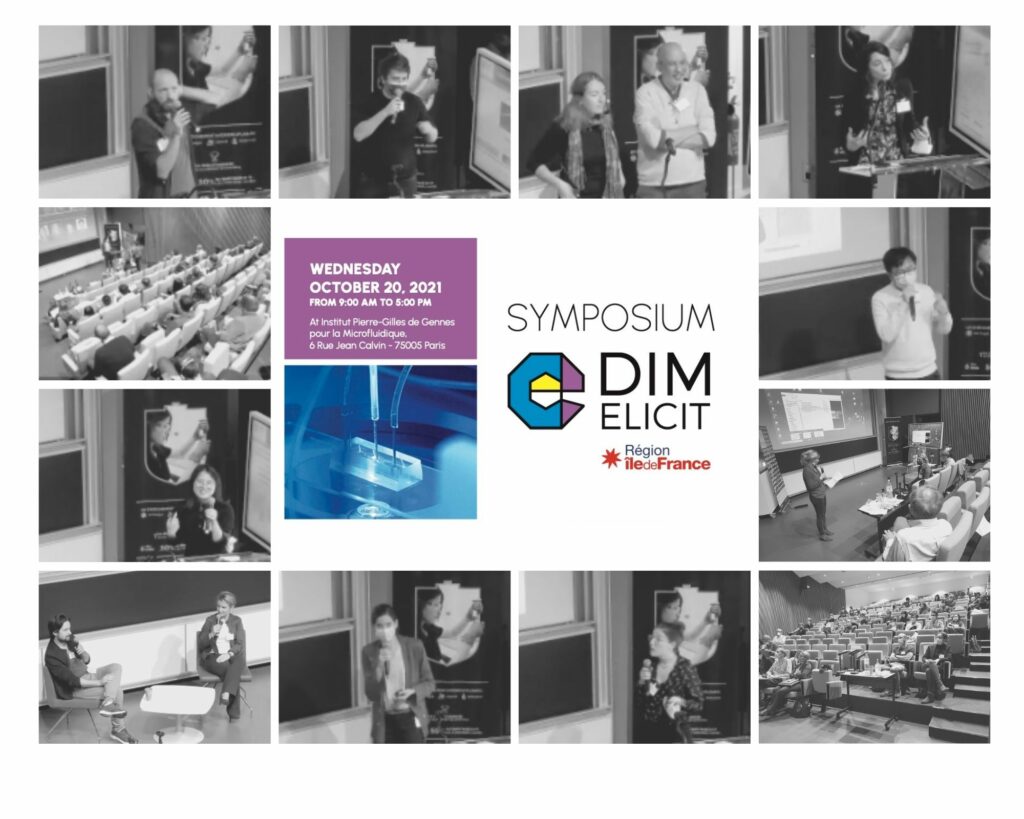 During the day, the most emblematic projects of the program were presented in the form of pairs (biologist/technologist).

On the occasion of a round table on entrepreneurship, the startups AQEMIA and SONIO spoke about their respective experiences to share it with an audience mainly from the academic world.

Alix de la Coste, deputy director general of the pôle TRESOR at Region Ile-de-France, concluded the day by congratulating DIM ELICIT for its action, which contributes to reinforce the scientific influence of the Ile-de-France region and to promote technology transfer.

You can find out more about which cookies we are using or switch them off in settings.

This website uses cookies so that we can provide you with the best user experience possible. Cookie information is stored in your browser and performs functions such as recognising you when you return to our website and helping our team to understand which sections of the website you find most interesting and useful.

Strictly Necessary Cookie should be enabled at all times so that we can save your preferences for cookie settings.

If you disable this cookie, we will not be able to save your preferences. This means that every time you visit this website you will need to enable or disable cookies again.

This website uses Google Analytics to collect anonymous information such as the number of visitors to the site, and the most popular pages.

Please enable Strictly Necessary Cookies first so that we can save your preferences!